Turn up parasite control before spring turn out 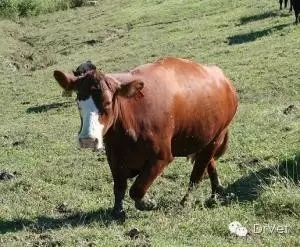 Spring turn out time is right around the corner for beef cattle producers. But, before you open the gate be sure parasite control is on your to-do list.

Cole says monitoring cattle regularly will help determine when parasites reach their peak threshold levels. “We do suffer significant losses especially from blood-sucking insects such as lice and flies,” he says. “That will cost producers dollars.”

Pour-on insecticides, sprays, injectables, ear tags and minerals all work to control external parasites, Cole says. While it’s important to rotate products, he says an economical method of control is the self-application approach.

“If producers can keep a back rubber up so the cattle have to pass under it every day or so, it will go a long way in keeping the insect population in check,” Cole says. “Still, they need to watch the product and make sure that if it isn’t working, they can rotate to another type of chemical.”

It’s common for cattlemen to apply insecticidal fly tags as early as March or April while conducting routine herd health tasks, however, Cole errs on the side of caution.

“That’s just a little early,” he says. “Those types of treatments do have a limited time frame for when they are going to be effective. Much of the power of those fly tags is gone by the time fly populations are at their peak in June or July.”

Cole advises producers to not depend on one type of treatment. “Don’t rely on just a back rubber that may not be housed in the right place all the time,” he says.

Having a veterinarian perform fecal egg counts is the best method to determine internal parasite load.

“Internal parasites are often seen in March when cattle are typically under a lot of stress and low nutrition levels,” Spragg says. “Cattle will pick up greater numbers of parasites during this time when grass is at low growth.”

Being proactive rather than reactive is the key to controlling internal parasites, Spragg says. “Internal parasites will begin costing the producer money long before the outward symptoms of a parasite problem will occur.”

Cole says producers should determine what method of parasite control worked last year then, try it again this season.

“Keep good records,” he says. “I cannot overstate the importance of that. What was done, when was it applied and did it work? Writing it down keeps the producer from making the mistake again if a particular control method did not work.”